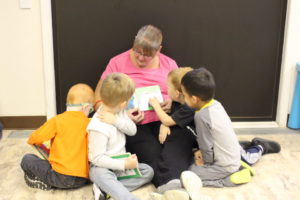 The Reason I Jump: The Inner Voice of a Thirteen‐Year‐Old Boy with Autism and Fall Down 7 Times Get Up 8 by Naoki Higashida.

These two books were written by a young man from Japan who has a diagnosis of severe ‘non‐verbal’ autism. He learned to finger spell, and eventually to type. These books provide a unique view of how Naoki sees the world.  He discusses why he does certain things that might seem strange to others, as well as what trying to access verbal language is like for him.

This is the true story of a young man in South Africa who came down with a mysterious illness when he was twelve that took away his ability to move his body and communicate. His family was told his disease was degenerative, and that he had the mind of a baby. He spent years alert and locked in his body, until someone realized that he was awake and aware inside his immobile body. He was taught to use a computer to communicate, and he eventually went on to write this book himself. This is an inspiring story, but it does contain some upsetting content.

Wonder and We’re All Wonders by R.J. Palacio.

Wonder is a fictional chapter book for school‐aged children that describes the life of a young boy with a rare facial difference that makes him look very different than typical children. It explores how others treat him differently because of the way that he looks.  We’re All Wonders is a picture book version of Wonder that is perfect for reading with preschool children. It talks about how even though the boy looks different than other kids, he is still just a kid who wants to have fun and be treated with kindness.